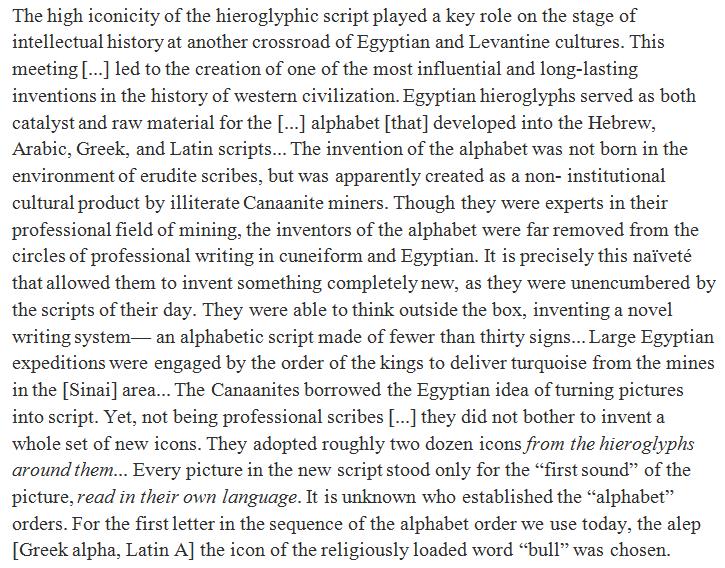 He apparently came across this in Pharaoh's Land and Beyond, ed. Pearce Paul Creasman (Ch. 11,
The Flow of Words: Interaction in Writing and Literature during the Bronze Age) and then performed various arcane manipulations to come up with a quotation that blithely bypasses the 140-character limit.  My sister spends much of the school year initiating small children into the mysteries of a writing system only loosely connected with how words are pronounced (but is beautifully functional as a mainstay of our new scribal culture) - so lovely to be reminded of how it all began.

Posted by Helen DeWitt at 9:54 AM No comments: